The sickest patient of the corona crisis 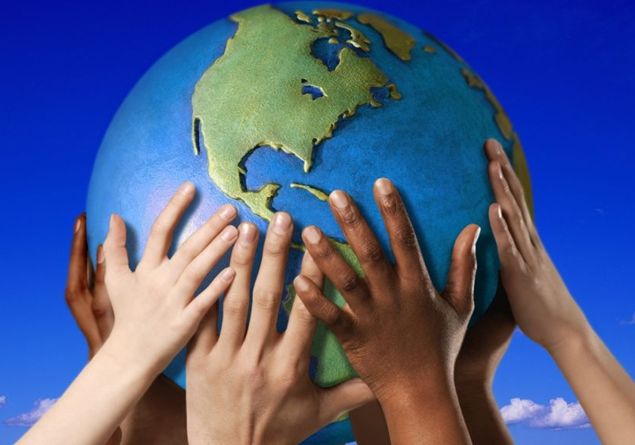 Die slowly… this is what Martha Madeiros’ “Ode to life” says. This words are linked to today’s situation than ever before. They’re like meteorites from other galaxies affecting a sick patient, which is already infected by other parasites simply called “human beings”. Is it a good mother’s fault? Or of a God who’s too merciful? This is war. This is a war against our unconscious daring to challenge nature too much. A war against divine laws.

We die slowly, starting from the senses: we’re so blind that we cannot see what really matters in our lives. We’re so paralysed not to feel the wind on our cheeks, we can’t sense the smell of people coming from different countries. We can’t taste the time which never stops, we can’t hear our planet being wounded and betrayed. The world is dying slowly. It’s already ill. It has the worst condition. You got sick world and we got sick too. We got sick but we’re fine. While we’re having these pseudo-life between hell and purgatory, have we become zombies? No, we’re weak and strong at the same time.

This is a terrible self-induced spell I had already in my mind when I was a kid. In the movie “Sleeping beauty”, she got stung by a spindle, and that made me think of how heavy errors consequences could be, weather they’re on purpose or not. While time is frozen, there’s nobody on the streets, in cities and in countries, everything has more meaning than ever before. Everything’s got a better taste, something we could never have imagined.

Can we die being still? No we were dead. We were dead with a wannabe eternally unsatisfied society. She’s like a whiny child, who can’t smile and enjoy the pleasures of life. We were already dead when “how are you” was just a saying while we’re waiting for an obvious “good thank you”, which is also quite banale. Today “how are you” is a real expression and we wait for a positive answer with our heart beating.

We were dead when we didn’t say hello to our neighbours, actually we didn’t even know them. Now we use the light of our phones to say hello and we sing songs about Italy. We were dead when every summer we were planning travels abroad without taking our beloved Italy into account.

Italy is the best country in the world and I love the Italians, they’re my people, my DNA.

Let’s think about not too long ago, when we wouldn’t stop because we weren’t afraid of death. As we have to face ourselves and our weaknesses, we understood that superheroes are not the ones in American comics, and as we have to face the terrible forces of nature, we’re microscopic beings. Important and useless at the same time. Our world is sick and it made us understand that we were sick too. It gave us a pair of brand new glasses, so that we can see our planet with two efficient lenses, which help even with the most injured short-sightedness.

We’ll remember this invisible enemy as a virus which stopped the entire world. This virus injures and makes us unite at the same time. This virus was like an alarm for us. This virus is in me, in you, in everyone. This virus was able to change our mind’s certainty overnight. It made us wiser, newer and smarter. Earth has trembled, has burned, got dirty and she tried to resist but finally she had to bow. Nearby planets see a celestial body with cancer, they pray for our world, hoping it’s not too late. Here you have the sickest patient of the corona virus pandemic.

We get scared every time we hear the sound of an ambulance. In hospitals, we’ve been fighting the Third World War for weeks. I can’t sleep. I’m suffering more and more from gastralgia, which takes away the bitter acid taste of Spring, which is not like the one played by Einaudi or Vivaldi.

I want my family. I want to hear people voice’s vibration. I’d like feel the shadow of someone who’s next to me, without fearing the invisible enemy. I want to sense the skin smell of every ethnicity. I don’t want to see everyone as someone dirty,wrong and virulent, because these adjectives were common to us all.

It’s a paradox to think that this virus would disinfect. An asceptic virus, to save a planet which has been humiliated, raped, exploited and violated. I’m ashamed in front of the sun, the moon and the stars who had to witness the violences against our cozy, innocent, kind home. Wars, genocides, pollution, racism, sexism, contamination, pollution, toxic waste…… why? Because it’s our intellect’s fault. It can’t distinguish futile things from what really matters.

Now that you’re in the worst conditions, I feel ashamed. Sorry for having humiliated you Earth with our evil thoughts which later transformed into toxic actions, through the most evil minds. This surreal life is melting the ice our hearts. It’s healing our souls and we rediscover fraternity. Every night we look at the sky and we all make the same wish. Normality. Normality was both perfect and underestimated, because we compared it to the one provided by social media. We want to come back to normal and we will be happier.

I’m sorry my dear Planet and I hope we can save you. I want to go out in the streets, have a pizza with my friends and dive in the beautiful see of Apulia. In the meantime I want to enjoy the freedom of my house which has isolated my body, but it doesn’t prevent me to dream.

Despite these difficult days, life is a gift, the most precious one. We have always to be grateful. We have to enjoy and fully taste it, even now. Even now, dear World, even now that we’re dealing with an illness called ignorance, which is responsible for you being sick. We took too many things for guaranteed, even the beauty of normality. We have been superficial and stupid.

However, you have to promise me that you’ll be fine and you’ll carry on. We will promise you that when this nightmare will be over, we’ll treat you better and we’ll treat us better with mutual respect. Even a walk under the scorching sun during a summer afternoon will taste like a zeppola di San Giuseppe. 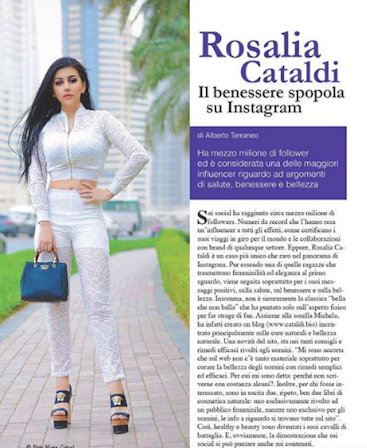